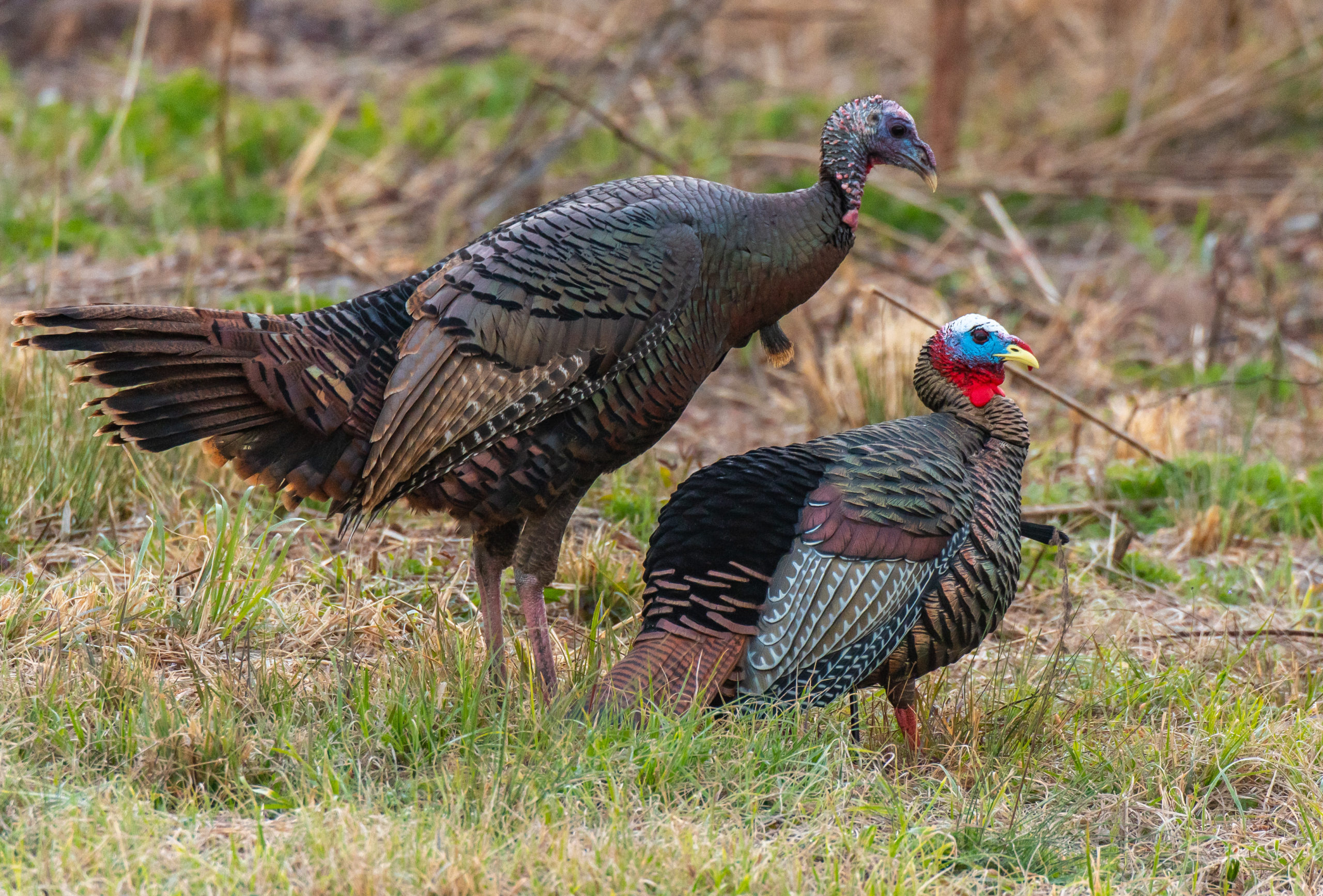 When the topic turns ’round to turkey hunting, there’s an aura of mystery surrounding strut zones. Not just what they are — we’ll get to that in a minute — but what to do with them, if anything, once you’ve found them.

If you’re not familiar with strut zones, think of them like dance floors in a metropolitan nightclub. Well-dressed gentlemen smelling of expensive cologne stride onto the floor and perform their best moves, all in the hopes of attracting a lady friend. Gobblers, it seems, are no different — what with having the same objective in mind.

But what makes an otherwise ordinary piece of ground a strut zone? And how do you find and hunt one? Here are a few secrets to help you on your way. 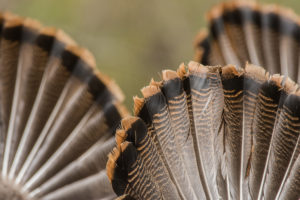 What is the strut zone?

Strut zones can be as subtle as the small intersection of two logging roads deep in the timber, or as obvious as a five-foot-square section of hilltop pasture underneath the spreading branches of an ancient oak.

Finding one often comes down to observation. Meaning, if you see a gobbler strutting in a particular location on more than one occasion, there might be a reason. Visibility to hens is one criterion for a strut zone; security — as in the road intersection scenario — along with visibility, is another.

It’s important to remember, however, that long-range visibility can be trumped by a zone that provides hens the chance to merely hear a gobbler spitting and drumming; that is, he needn’t gobble to attract attention, and in areas of high hunting pressure, he likely won’t gobble.

High-use strut zones will often show physical evidence of use. You may find black-tipped gobbler feathers nearby, or the three-pronged strut marks that are made as toms drag their primary feathers through the dirt.

Often, strut zones coincide with dusting areas. Both gobblers and hens enjoy frequent dust baths, and veteran turkey hunters know that where there are hens, so too will there be toms. Eventually, that is. 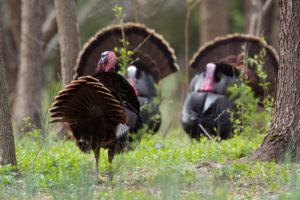 How to hunt a strut zone 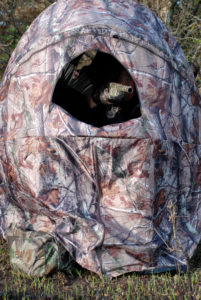 Hunting a strut zone is an exercise in patience. Typically, I won’t set a decoy when hunting such a location, depending instead on low-key calling to attract a longbeard to a spot he’s already accustomed to visiting.

If I do use a fake, I’ll set a single hen off to one side. Or, if it’s a well-used dust bowl, I’ll throw a hen on her side right into the center as if she were in the midst of a dust bath.

A lightweight, portable blind is always a good fixture to bring along when planning to hunt a strut zone. Sometimes a tom shows in five minutes; other times, it’s an hour or longer, if he makes an appearance at all. A thick seat pad or low-slung chair, along with the blind, can help any hunter sit for extended periods of time. Take a book. Enjoy a PBJ sandwich.

Have I, in the past, ever been caught red-handed by a silent gobbler while turning to Chapter 2? That’s a story for another time.