The best duck call for beginners: Tips for picking your first duck call 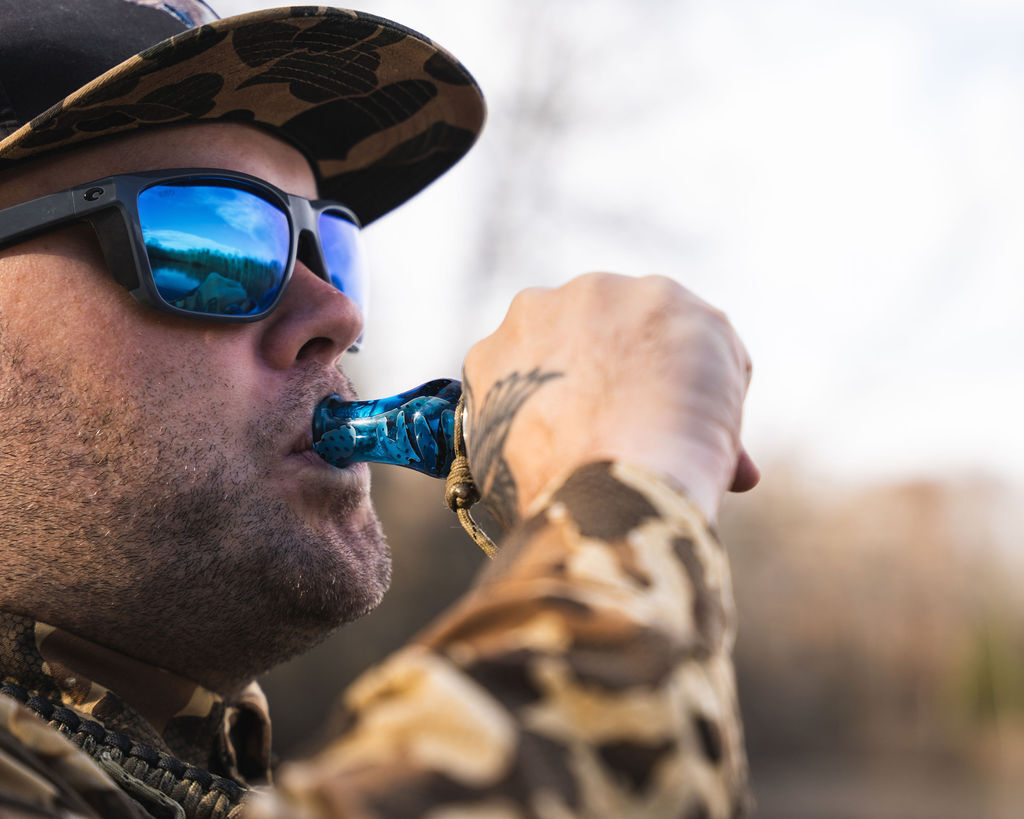 The best duck call for beginners: Tips for picking your first duck call

Say you’re new to the duck hunting game. You went all last season, which just so happened to be your first duck season, but you didn’t call once.

“You’re in charge of the calling today,” you’d tell your buddy as you finished setting the spread. Or, “I don’t need a call,” you’d explain to your significant other. “I have friends who can call.”

Okay, so maybe those statements are both (1) not a bad play on your part, and (2) not untrue; however, isn’t it about time you ponied up, got your own duck call AND learned how to use it?

Off you go to your local sporting goods store or, worse, a walk down Al Gore’s internet. In both instances, you’re confronted by not one, not two, but dozens of calls — perhaps hundreds.

Single reeds. Double reeds. Even triple reeds. Wood. Acrylic. And something called polycarbonate. Pretty calls. Ugly calls. Calls etched with grinning skulls and crossed swords and dragons. Yellow. Red. White. Green. Aren’t duck calls supposed to be, well, not visible from outer space? Oh, the decisions. The decisions! Where do you begin when you’re looking for the best duck call for beginners? 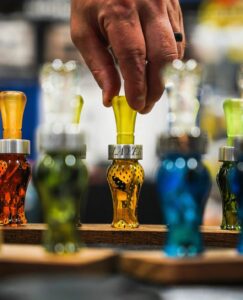 The best instruction for beginners: Learn how to call

Let’s start with the how-to.

Fortunately, beginners in need of some instruction can get the help they need from Slayer Calls’ Matt Carey. Now living in Nashville, Carey is a professional photographer/videographer, and has been working with the Eagle, Idaho-based company for the past two years. Most recently, Carey has become the man in front of the camera for Slayer’s new video tutorial series, “Call the Wild.”

“There’s a lot of instructional content out there,” Carey said, “but there’s still a lot of people who are ‘intimidated,’ per se, by a duck call and duck calling. So we set out to create a program that was less intimidating, easier to use and more palatable.” 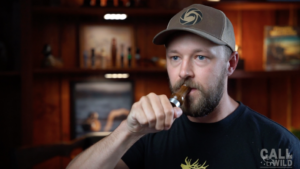 Call the Wild is a subscription-based service that duck hunting beginners can use via the Slayer app. “Right now,” he said, “we have 18 different videos, but we’re working on expanding those to include an intermediate program. Eventually, we’ll have elk hunting videos, turkey hunting, and more waterfowl.”

But that still leaves us with the question, What’s the best duck call for beginners?

The best duck call for beginners: Advice from a pro

“What I would recommend,” Carey began, “is that you don’t buy something expensive. The first call you pick … the quality of that call matters a lot less than learning to use it correctly. After that, you can figure out what type of call you like and go from there.”

Once the ’fowler has learned to use a call properly, Carey continued, he or she can move on to other decisions, such as single reed versus double reed — more air or less air.

“A double reed,” Carey said, “is going to be more friendly to new callers. More forgiving.” 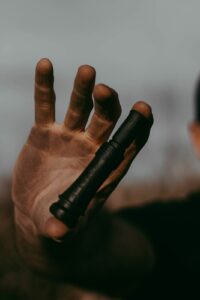 At $49 and change, Slayer’s Mallard Reaper double reed call checks Carey’s boxes as the best duck call for beginners. It’s both inexpensive and easy to use.

Eventually, however, you may decide to move on to something else. “Myself,” said Carey, “I personally like a single reed more now. A single reed is going to give you more of a ‘ringing’ note, as opposed to a double reed’s raspiness. But all that can be changed,” he continued, “when you tune a call.”

Carey said that while they’re extremely versatile, a single reed call can prove more challenging in terms of air control than a double. Bottom line here? I have both on my lanyard and switch back ’n forth. When it’s windy, I prefer the volume and carry/distance offered by a single reed; however, if I’m hunting a shallow sheet water puddle, where it’s quiet and the birds are close, I like the subtle rasp of a double reed call. They are interchangeable, though, as experienced callers will tell you. 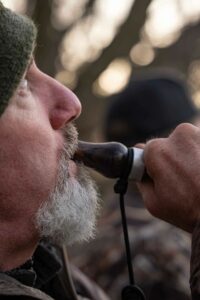 Next to consider is construction material, or what the call is made of. Essentially, there are three choices:

Often, deciding what call to use — in reference to the call’s material — is a combination of personal preference and skill progression. The less expensive poly call is step one, followed by one (or more!) calls of wood or acrylic.

As for color, here’s my take on duck call color: Get what you want, and if you think it’s scaring the birds, tuck it inside your vest when you’re not using it. Of course, if those mallards are close enough to see that Blue Wing Mesh Ranger single reed hanging ’round your neck, well … they’re probably close enough to be shooting. 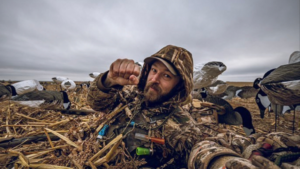