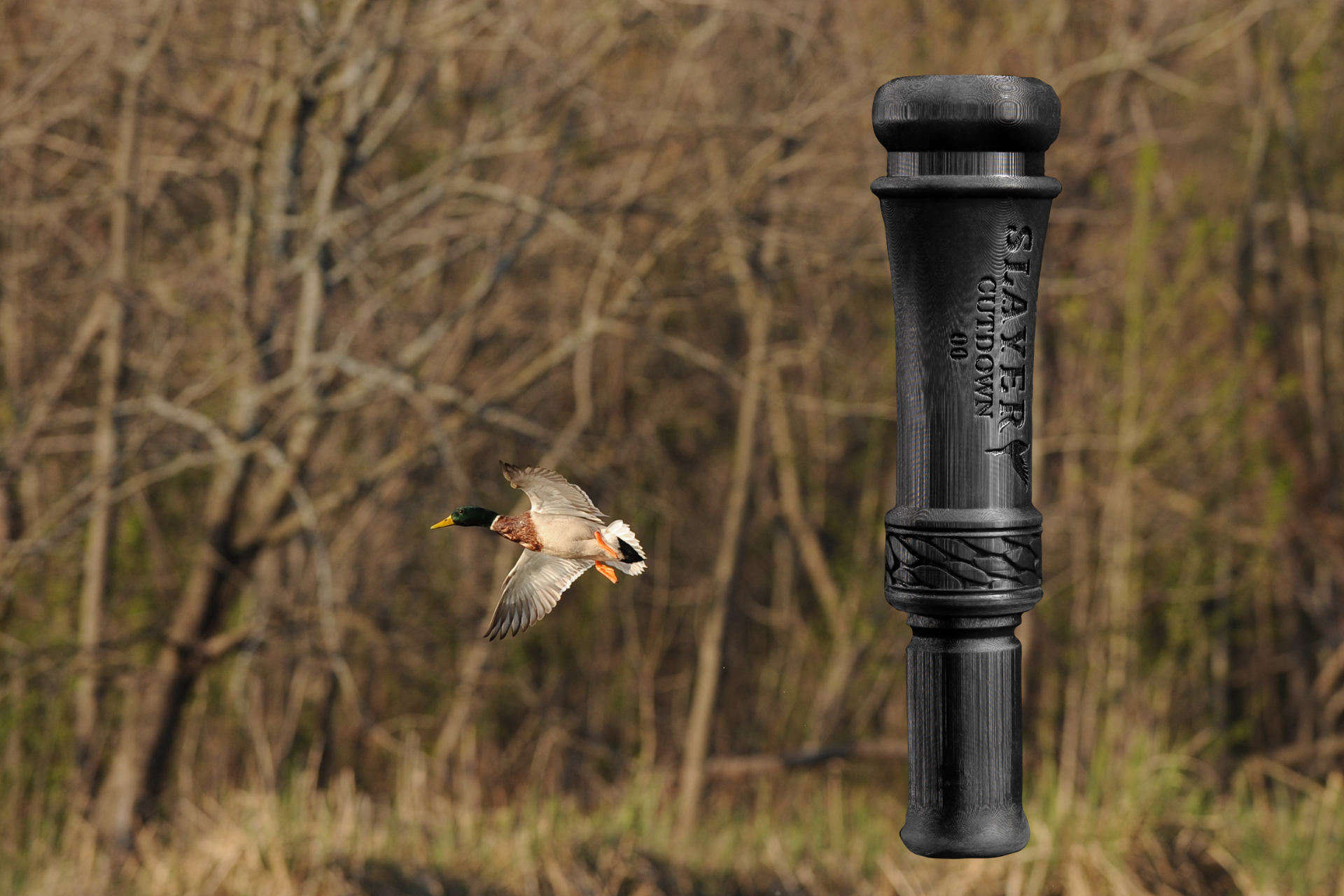 The brand-new Slayer Cutdown 00 gives waterfowlers an edge, combining Delrin® durability and superior design to create the most realistic duck call yet for a more successful hunt.

Cutdown calls are reemerging on the duck-hunting scene, more in style than ever before. And Slayer Calls is on the frontlines with its unique American-made cutdown call.

“The Slayer Cutdown 00 is a modified version of our best-selling Drake Slayer Double-Reed Duck Call that includes a cut down and reshaped tone board and a more open exhaust,” Slayer CEO Bill Ayer said. “This provides a realistic quack and enables the caller to produce very ducky sounds.”

Although the cutdown call has been around for over 30 years, its popularity has seen a recent uptick. Many hunters say it’s versatile as well as realistic, luring in ducks out on the water as easily as it does in the woods.

Slayer’s cutdown features a double-reed design, which means more forgiveness when it comes to air control and mechanics. That gives the call its distinctly raspy tone so it effectively cuts through the trees in green timber areas.

“If you want to separate yourself from those hunting around you, this is the call you want on your lanyard,” Ayer said.

Like the Mallard Reaper, the Slayer Cutdown 00 is American-made and crafted from the toughest, high-quality Delrin® material. That means it’ll stand up to the elements, no matter where your hunt takes you.

The Slayer Cutdown 00 is available for purchase now on SlayerCalls.com.

About Slayer Calls: Slayer Calls was founded by CEO Bill Ayer in 2018 in Eagle, Idaho. Slayer’s team is obsessed with handcrafting the best hunting calls, backed by a lifetime guarantee. Slayer gives back to conservation efforts by donating 10% of every purchase.