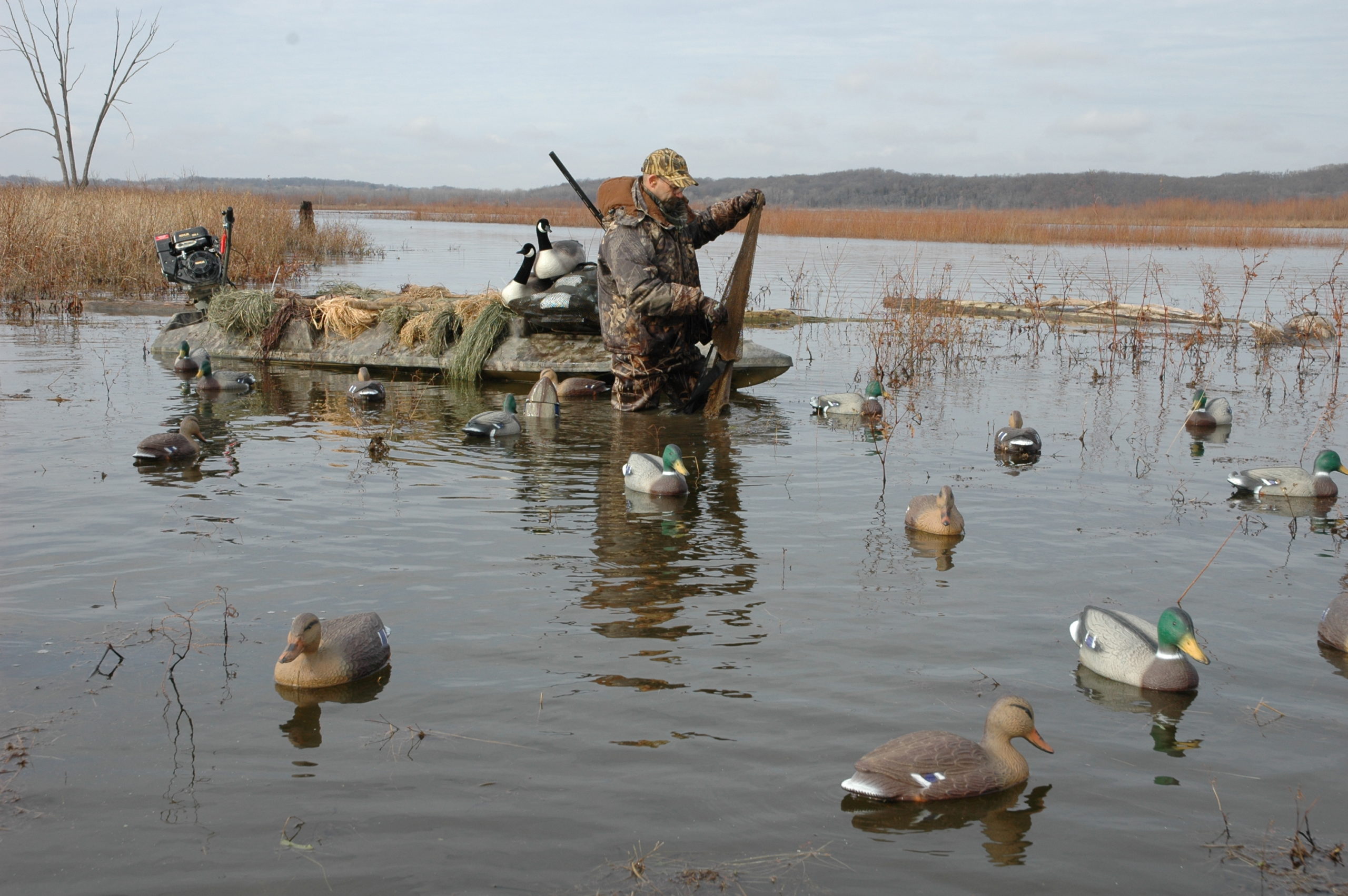 Watch 100 YouTube videos on hunting Canada geese, and I’m willing to bet 95 of them (if not 98 of them) are filmed in a dry field. Ah, maybe there’s a little sheet water laying around, but for the most part it’s layout blinds in corn stubble, bean stubble, peas, pasture grass … you see what I’m getting at here. Dry. It’s all dry.

What you don’t see (with some exceptions, of course) is hunting Canadas over their home turf: water. I’m not talking about jump shooting a loaf pond or floating a small interior river — both of which I’ve done, and both of which can be insanely productive.

No, sir. I’m talking about purposely finding a water-based location upon which to throw a spread of Canada floaters, with the expectation of giving at least a few of those honkers a ride home in the back of your pickup. 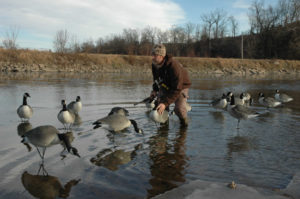 In the 38 years since I shot my first Canada, I’ve set water spreads on temporary sheetwater, pasture ponds, tributary streams to the Mississippi, and huge impoundments. I’ve hunted them on tidal marshes, major river systems like the Columbia and, come winter, over holes cut into the ice with a chainsaw. Geese on water are where you find ’em, and where you find them is ordinarily a damn good place to hunt them.

Some guys target honkers on expansive stretches of water — the Missouri, the Mississippi, the Ohio and the Columbia rivers. Any of the nation’s larger impoundments, lakes and reservoirs can also make for excellent hunting opportunities.

However, the key to success on bigger bodies of water, as it is over dry ground, is in-depth scouting and finding “The X.” Not a place close to The X, but the spot where the birds want to be — a sandbar, a quiet eddy out of the current, a secluded backwater bay or a narrow point jutting out into the main lake.

These are loafing areas — water spots where the birds lounge around, either until they go to feed or in between feeding sessions. With bigger water, it’s often necessary to invest the windshield time and scout ahead. Find birds on a feed in the morning. If you can get permission to hunt that feed, more power to you. Follow the flight or flights back to their mid-morning loafing spot. Again, not the general area, but The X.

Myself, I like hunting water-based Canadas over smaller territory. Growing up as I did in the Midwest, I had access to countless 2- to 3-acre farm and pasture ponds, as well as miles of interior rivers. Typically, flocks on such waters were smaller, averaging two to four dozen birds, with the exception being the late late-season, after ice-up, when the rivers might hold 200 geese or more.

Many of the ponds I hunted were familiar to me because I’d fished them for years. Others, I discovered the 21st century way, via Google Earth (then cross-referencing the nearest house address or the parcel itself with the county tax assessor’s website to, hopefully, name the landowner, and then knocking on a door). By assembling a stable of a dozen or more options, I always had plenty of fresh places to throw out my plastics. 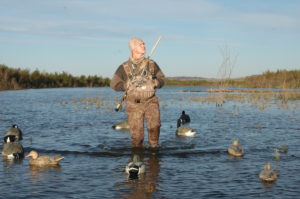 Bigger water usually means a greater number of birds, and this translates into (1) more decoys, and (2) a boat. Goose hunters on the Columbia River will often set three to four dozen floaters. On the Ohio River, calling champion Field Hudnall rigs the same three to four dozen decoys.

Body posture? In my opinion, a variety of head/neck positions, including sleepers, preeners and butt-up feeders makes the rig look more natural. I’d recommend this realistic look versus the old-school “all heads up” spread.

If it’s a 1.5 acre farm pond, I’ll set eight to 12 floaters, along with a half dozen full-bodies at the water’s edge, if the shoreline allows. In years past, I’ve gone to the trouble of setting dry-ground full-bodies around the blinds, behind me, and out to the sides. Today, not so much.

Often, I’m packing my rig into the field on foot via a deer cart, so I’ve downsized in order to make transportation afield less of a back-breaker. Another reason is that small ponds usually mean smaller groups of birds; why set 40, when eight will work?

As for how the spread is set, again it depends on the water. With our 1.5 acre pond, I don’t worry about any sort of configuration at all. I’m not trying to direct traffic, per se, with only eight to 12 decoys. And, on an acre pond, if the birds commit, there’s an awfully good chance they’re going to be in range when they do.

Larger bodies of water call for a little more thought and technique to be put into the rig. Geese — Canada geese now — don’t care to fly over geese on the water. It’s my theory that they fear an unexpected take-off, resulting in a mid-air collision.

That said, my bigger rig (30 to 50 floaters) will be set in a rough horseshoe, with the bend upwind of my hide, the inside leg tight to the blind and the other flared outward just a bit. This arrangement, I’ve found, helps direct “incoming traffic.” 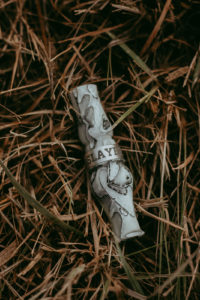 The general rule of thumb for calling Canadas over water is simple: Be subtle. Low-key. Basically the opposite of geese on solid ground.

Geese coming into a feed (e.g., a cornfield), are noisy, excited birds; so, too, are the birds on the ground. The birds in the air are announcing their intent, while the geese on the feed are saying “Stay back!”

Often, it’s a cacophony of sound — a situation tailor-made for multiple callers. With lots of loud honks, clucks, double clucks, moans and spit notes, it’s the full meal deal. If the sound has a name, and even if it doesn’t, there’s a good chance the ground-pounder will be throwing it out there.

Conversely, Canadas working water are laid-back. They’re calm. They’re just looking to relax. Likewise, the birds have already settled. Honk. Cluck. Honk. Cluck. Listen to the birds. Let them know you’re there, without being sassy or confrontational. And remember — water amplifies sound. Blow it up and out, but tone it down with a Honker Slayer. Sounds bounced off the water can be misleading to approaching birds.

Sure, we all like to stay nice and dry, stretched out prone in our full-frame layout blinds with our thermos of coffee and bag of Pop-Tarts surrounded by seven dozen full-bodies. When it works, it’s magical. But sometimes you have to meet the birds halfway. On their terms. In their house. And that’s when it’s time to dust off the floaters, and step into the water.