When you’re waterfowl hunting on public land, don’t be ‘that guy’ 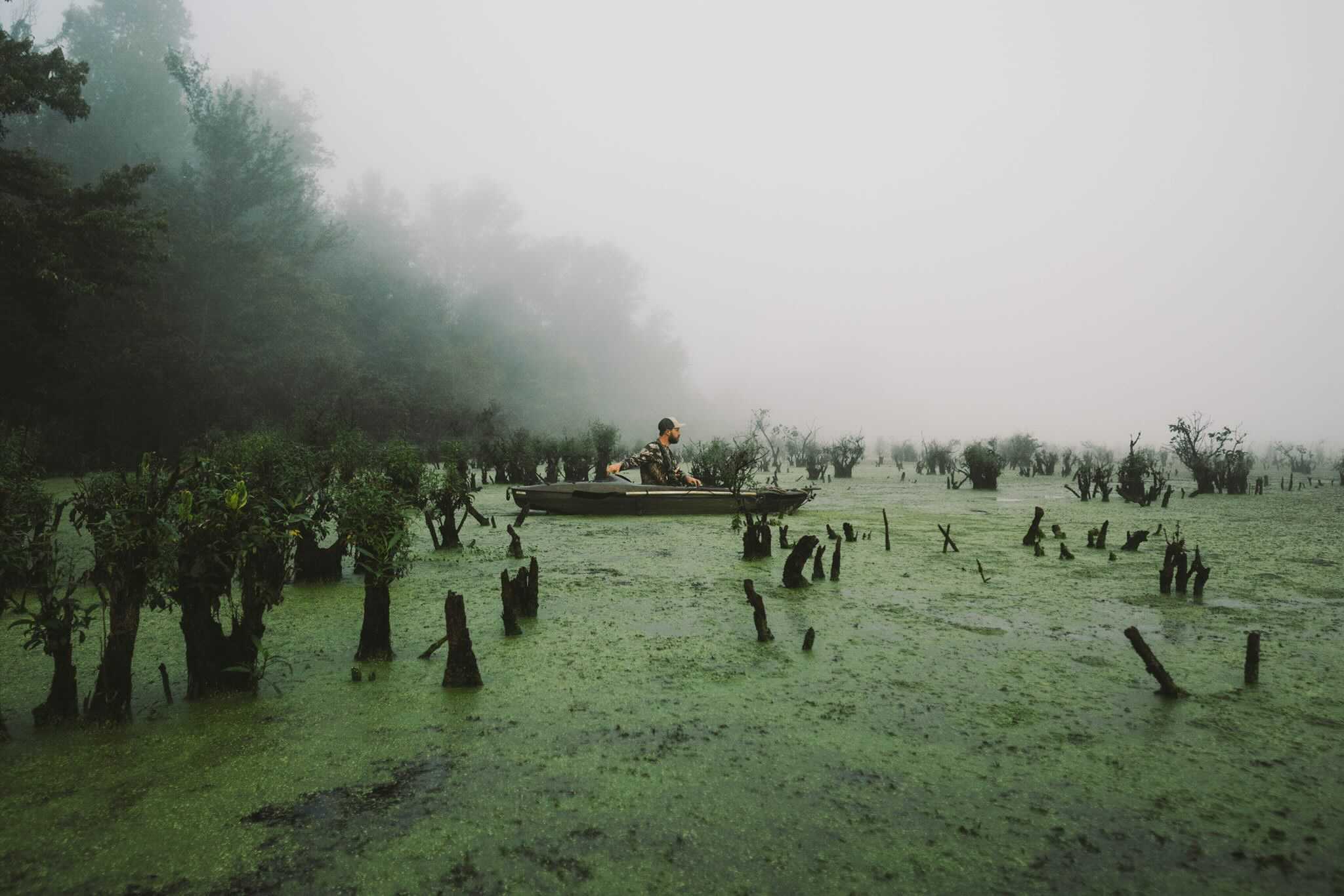 When you’re waterfowl hunting on public land, don’t be ‘that guy’

There are always challenges when you’re waterfowl hunting. That’s especially true on public land, where you may have just a few nearby options, all with limited space. I often hear my waterfowling buddies gripe about hunting public land — but mainly, they vent about other hunters.

One of the worst feelings is when you do everything right as a hunter just to have someone else mess up your hunt. I like to think that people don’t intend to do these things, but I’m often surprised at just how much it happens to me!

We’ve all done it at some point. Unknowingly set up too close to someone’s spread. Called at birds working a competitor’s decoys. Taken a shot that was farther than we thought.

No one wants to accidentally be “that guy.” The hope is that we can avoid these situations and better everybody’s odds of a successful hunt. Here are a few of my suggestions to respect other hunters the next time you’re afield. 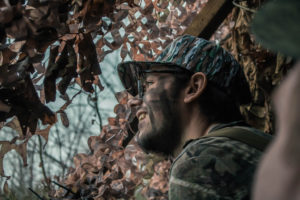 Don’t set up too close to other hunters

Odds are, you’re not the only one on a public ground on any given day. Pay attention to be respectful of other hunters.

On your drive in, take note of other vehicles parked at the walk in-area. How many trucks are parked at the boat launch? Be on the lookout for other hunter’s headlamps as you head out to set up.

How close is too close? My general rule of thumb is that if I can see other hunters with the naked eye, I might be too close. I generally prefer to be well over 200 yards away from another group of hunters, if not farther. This might not be possible if it’s a very small area, but try your best.

If someone beat you to “your spot,” you didn’t wake up early enough. Don’t ride in there and set up 100 yards away from the other hunter’s decoys. Your hunt is not ruined at this point! First, you should always have a back-up plan. Another option is to talk with the people who beat you to the area. They may let you hunt with them or even give you pointers on a back-up spot. I’ve met a lot of really cool people this way. If they beat you to your spot, they’re probably the type of people you want to hunt with.

Remove featured imageLast December on opening day, we got to our spot at 4 a.m. to beat our competition, got set up and made breakfast. At some point between then and shooting time, a kayak hunter paddled in with no lights, set up around the corner just 80 yards away from us and proceeded to shoot at every bird that attempted to enter the cove we were hunting.

Don’t help yourself to your buddy’s honey hole

Good spots can be hard to come by on public land. They usually take a lot of hard work and hours spent scouting beforehand. Show some respect.

Don’t go back to a place a friend took you unless you were invited or they give you explicit permission to return there without them. Returning to a spot without permission is legal, but it’s disrespectful to the hard work your friend put in. It’s even worse if you bring your own friends and tell other people about the spot. Loose lips sink ships.

Returning uninvited and spreading the word about your buddy’s honey hole is a great way to never get invited to hunt ever again. 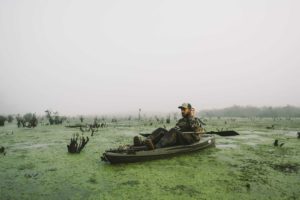 Put in the work

Be on time and be ready to work. Early mornings aren’t time to sit until the last decoy is set and your hide is ready. Help with what you can, and if you don’t know what to do, ask!

Being a guest or a new hunter, it can be a bit overwhelming. There are a lot of details, and learning the early morning setup rituals each hunter has can take a while. The best thing is to ask how you can contribute during setup and teardown. 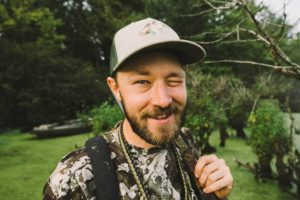 Public hunting land barely gets enough funding as is, so we don’t need hunters trashing it. It’s disrespecting a resource we value more than most.

Hunters often get a bad rap, and littering just contributes to the bad views. We of all people should be focused on conservation of wild areas because, without them, we couldn’t do what we love. So pick up your Cheetos bag, collect your spent shells and leave the area the way you found it.

Take the extra five minutes at the end of your hunt to scan the area and pick up any mess you may have made. As a bonus, this is a great way to not give up your secret hunting spot to nosy scouters. I’ve found lots of good spots by finding spent shells littering the ground. 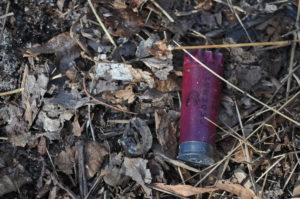 Skybusting is taking that shot that’s way out of range. It’s one thing when birds are working your spread, but don’t blast at mile-high birds that aren’t even interested. This educates birds, which decreases everyone’s chance for success.

With the YouTube hunting video craze, GoPro footage is a common way to film hunts. Unfortunately, it’s not a very accurate representation of the hunter’s actual viewpoint at the time of the hunt. A flying mallard at 35 yards on GoPro footage looks more like 50 yards to the viewer. Many inexperienced hunters take away that they can hit a duck at 50 yards, which is highly unlikely.

Practice your skills, find where the birds want to be and get them in close. It’s much more exciting and rewarding to see it all come together. You don’t get that if you spray and pray at sky-high birds.

Skybusting can lead to another bad outcome: wounding waterfowl. Far-off shots are a great way to wound a bird if you hit it but don’t knock it down. That leaves a crippled bird to die slowly and unharvested.

No matter the circumstances, if you wound a bird, GO LOOK FOR IT. It’s not only the right thing to do — you have a legal obligation to search for a downed bird, so don’t be lazy. This past teal opener, I watched another hunting group obviously wound a bird and never go looking for it.

Save the e-scouting for onX and Base Map 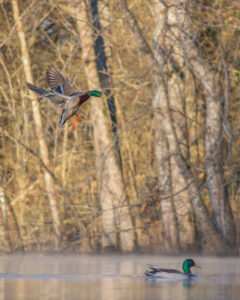 I’m a part of a few different waterfowl pages on Facebook. About once a week, I see someone post a question specifically asking for hunting spots or asking where they can go to hunt. This is one of the worst ways to e-scout a hunting spot because no one is going to give up their spots publicly to a stranger.

Instead, get online and find your local hunting guide. I like to save the PDF on my phone so I always have it, regardless of cell service. Most hunting guides have pretty clear lists of where you can and can’t hunt.

Then look at satellite maps. If you have onX, BaseMap or a similar app, you can pretty quickly find some decent spots in your hunting area with a little knowledge of the animals you are seeking.

From there, go scout on your own. Try these tips for successful duck hunting on public land to find your spot. If you don’t have time to scout on foot ahead of time, you can go in blind based on your research. I’ve had success with that in the past, but I always prefer to lay eyes on an area before I show up in the dark with only the light of a headlamp. Put in a little effort, instead of texting all the hunters in your contacts the night before opening day.

At some point, someone will do one of the things I listed above. If they do, be nice! Odds are, they don’t know that they’ve done something wrong.

Kindly let them know, offer some help … just try not to be a jerk. Not everyone has been waterfowl hunting their whole lives or had someone mentor and teach them the ropes. We’re all trying to enjoy the great outdoors and a sport we love.

Be patient and give other hunters some grace. Be that guy.