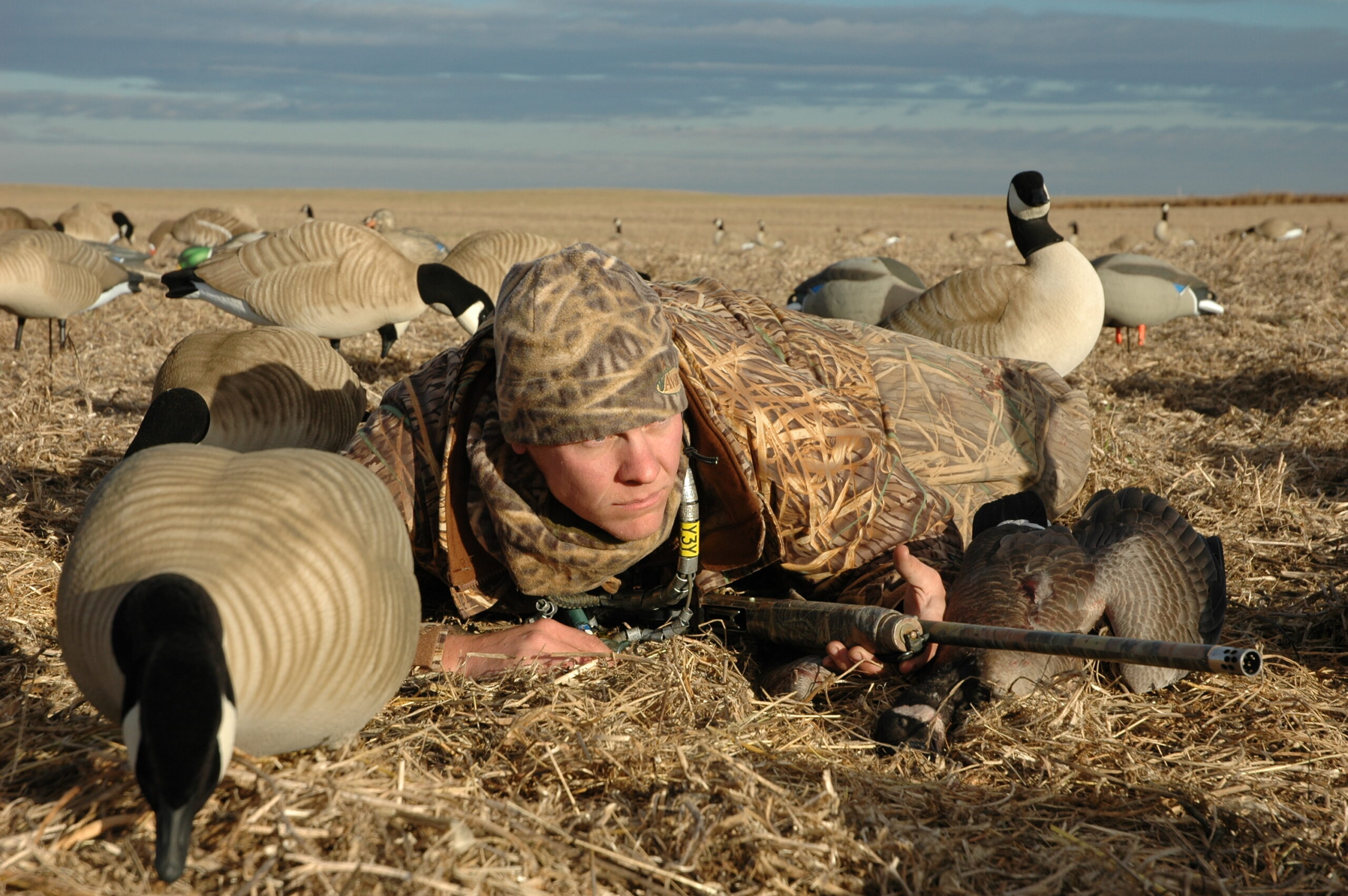 There was a time when I was a duck hunter. That is, I focused solely on ducks: duck loads, duck calls and, most significantly, duck decoys and duck-specific spreads. Then, as things do, I turned a page and became a goose hunter.

Today, and on the backside of 50, I’m neither a duck hunter nor a goose hunter, but rather an opportunist. When the regulations allow, I set for both birds and will happily take a half-limit of mallards and two fat Canadas home, as opposed to one or the other.

With this personal change comes a change in what I pack into the field and the decoy spreads I set these days. Enter the combination spread and, here, three combo rigs I run throughout the season.

It’s important to note — and not forget — one very simple rule when setting combination duck/goose spreads: Ducks will come to goose decoys, often finding the big fakes irresistible. However, geese are seldom going to work to duck decoys alone. That said, pack your decoy bag(s) accordingly.

Combo spread 1: On the water

More often than not, I’m walking into my hunting spot and packing my rig on my back. Or, if not afoot, I’m running a small duck skiff — something like an AquaPod, where decoy space is limited. 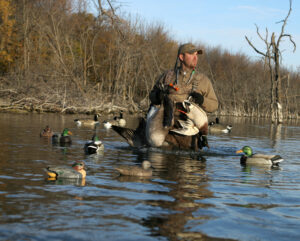 If this is the case, my water-based combo spread consists of six water-keel Canadas (floaters), along with 10 to 12 widgeon and two drake pintails or northern shovelers. The Canadas are big, attract attention from afar, and work for both ducks and geese.

Why widgeon? Everybody and his brother runs all-mallard spreads, and there are times, especially during the late season, when something other than mallard blocks can be a bit more effective. Not partial to widgeon? A mix of gadwall, teal, and a mallard or two will keep things visually different. And the drake sprig or spoonbills? The white chests on these species, like the larger Canada decoys, help attract attention from a distance.

To set the rig, just mix them up and set them close.

Ready for this one? Twelve Canada floaters, with mixed head positions, set in a random (i.e., relaxed) arrangement, with a dozen coots set tight off to one side.

How many times have you had a group of coots pull ducks away from your spread? Coots know where the food is, and the other ducks know this; plus, few ’fowlers set all-coot spreads, so you have the non-traditional aspect covered. 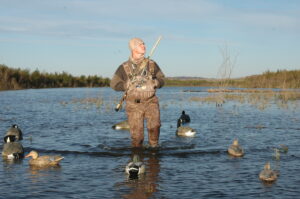 Kick it up a notch, and throw a Rig ‘Em Right jerk cord rig into the coot ball, and you’ll have all the motion you need. It’s definitely worth a try, especially during late season.

In a dry ground situation (e.g., corn, beans or wheat stubble), where I’m able to drive my gear onto the X, my go-to combo spread consists of full-body Canadas. I’ll set 18 individuals or more — all the way to four or five dozen — depending on the situation and time of year. 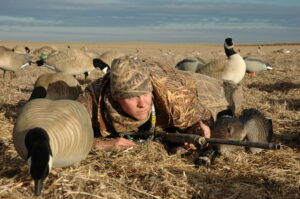 These are set in two rough teardrop formations on either side of the downwind-facing blinds, along with two dozen mallard full-bodies around and behind the blinds themselves. Two trios of Canada “walker” full-bodies are set directly in front of the blind, simulating birds that have just landed and are hurrying into either feeding group.

Here’s where I will make an exception to my no-MOJO rule, by posting an RC (remote) spinning wing mallard behind the blinds, ready to be shut down at the first sight of Canadas.