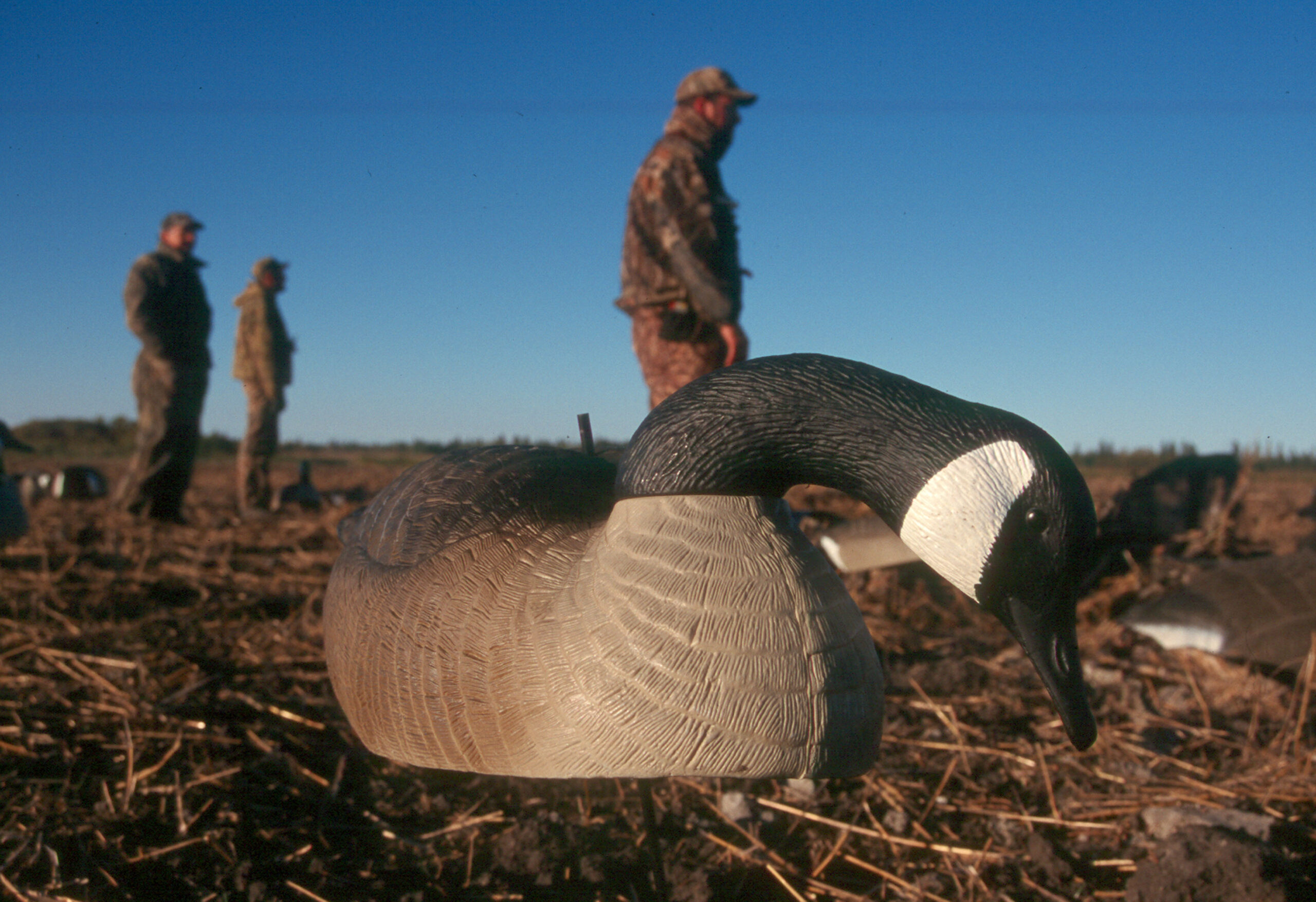 There’s a reason old-school — retro, that is — geese hunting strategies from the 1950s and earlier are still around. Why? Because they work. So with that in mind, here’s a list of retro strategies for 21st century Canadas that are as effective today as they were over fifty years ago.

Leave the blind behind

The invention of the modern low-profile layout blind has (few will argue) revolutionized the way we ’fowlers hide from geese. However, some would say that today’s Canadas are getting wise to even these easily camouflaged and extremely portable hides. If that seems to be the case for you, perhaps it’s time to try some other geese hunting strategies and leave the blind behind. 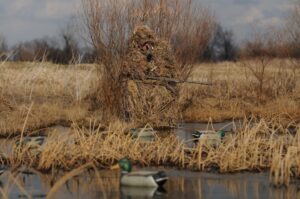 Is there a brushy fence line within effective range of where you might set a spread? Is there a slight depression where, draped in a ghillie suit, you might simply lie prone? What about the natural cover (e.g., tumbleweeds, goldenrod, Scotch broom or foxtail) at the field edge, as opposed to laying out in the center?

Certainly such “unorthodox” concealment tactics may not work in every situation; however, the old adage — It never hurts to try — holds true here.

Remember, geese are waterfowl. So despite field hunting’s popularity and oft-effectiveness, a small spread of realistic Canada floaters set on a farm pond, marsh or river backwater can be deadly, for the simple fact that few gunners hunt Canadas exclusively over water. Tone down your calling in terms of volume and aggressiveness, and throw in a handful of shoreline full-bodies if possible. 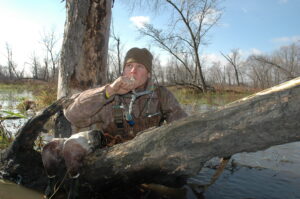 Add geese to your ducks

Geese are often taken as “bonus birds,” where duck and goose seasons coincide. So it makes sense to set a half dozen Canada floaters off to one side of your puddler or diver spread. The Canadas’ size makes the entire spread more visible, particularly on big water, and ducks will often show favoritism to the goose blocks in a rig.

Stock up on silhouettes, shells and socks

Leave the full-bodies (FBs) at home, and set a spread of old-school silhouettes, half-shells and windsocks. FBs are all the rage, but geese everywhere are being hunted over them.

By contrast, three or four dozen mixed silhouettes, shells and socks can set your rig apart from all the others. The lower cost of all three styles of retro-decoy, compared to FBs, will allow you to set a larger spread, too.

If a larger spread isn’t your style, good news — downsizing your Canada spread can be the ticket to success.

Ron Latschaw, the man behind the Eliminator layout blind, will often pare his spread down throughout the season until he’s using just eight (8) full-bodies during the final weeks. 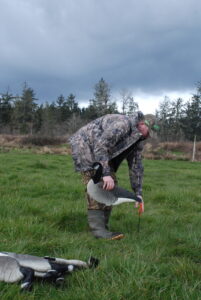 It’s important to note that as you decrease decoy numbers, decoy realism must proportionately increase. There’s not much margin for visual error when gunning over eight blocks, versus 180.

Last of the geese hunting strategies? Learn to shoot

It’s senseless to set the perfect spread and blow the most realistic notes if, when the time comes, you can’t hit anything.

Off-season trap, skeet, sporting clays — the details don’t matter. What really matters, as you consider this year’s geese hunting strategies, is you improving your shooting skills.