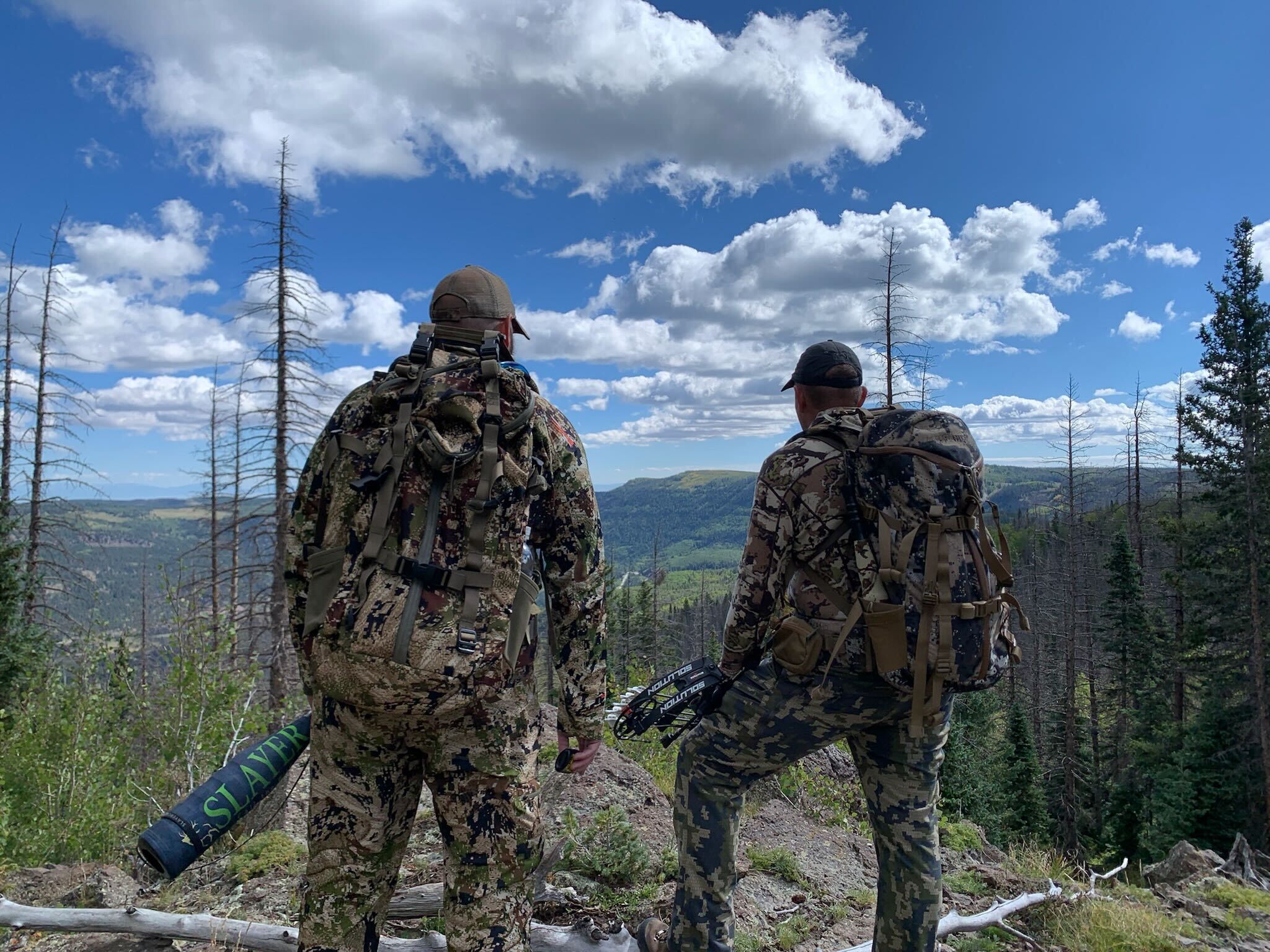 Most of you reading this are familiar with what’s called a “troubleshooting guide.” For those who aren’t, here’s an example:

Let’s say you buy a new 1,000-watt generator. You’re eager to give her a try, but when you get her home and fill her up with fuel, well … you just can’t seem to get her started. So, having exhausted all options, you resort to consulting the instruction manual. And there, toward the back, you find the troubleshooting guide. It gives you a list of problems and corresponding remedies (i.e., if this is/isn’t happening, then this might be a problem, and this might be the solution). Simple enough.

The same so-called troubleshooting guide philosophy can be used in an almost infinite number of instances: cooking, automobile repair, chicken coop construction, and yes — even elk hunting. Same rules apply. If a bull is doing this or not doing that, then the problem might be traced back to this. And to solve that problem, this might be the answer. 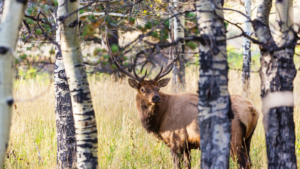 This week Slayer Calls founder and CEO, Bill Ayer, and Cody McCarthy, head of product innovation, tackle a handful of elk hunting situations and do a little troubleshooting of their own. So read along and take some notes, ’cause you might just find yourself in a very similar situation this fall.

The situation: A wound-up bull closes to within 75 yards, but then stands his ground and refuses to come closer. What now?

Ayer – If I’m with another person, I’ll send them in to creep closer. I’ll move around, so the bull can’t pinpoint me. I don’t want to bugle or cow call from a single location. I think a lot of times it’s a mistake to sit in one location and keep bugling … bugling … bugling … cow calling, and nothing’s happening! Don’t give up on that bull and think, ‘Ah, he’s not going to come.’ If there’s one bit of advice I can give, it’s persistence. Eventually you’re going to [piss ’im off] enough that he’ll make a move. Keep doing what you’re doing. Keep mimicking what he’s doing, and maintain that same level of intensity. Persistence.

McCarthy – Most of the time you’re going to have a predominant wind direction, but if it’s like you’re describing here, it might be best to be a little more tactful. Wait for that predominant wind. Study your surroundings and come up with a plan. A strategy. A lot of people see an elk and start the chase without any sort of thought. Maybe now’s the time to find a good spot, take your boots off, and take care of yourself before starting again. Maximize your efficiency.

Winds also bring into play what I call directional calling. This is extremely vital for hung-up elk, like [Bill] was talking about earlier. If your bull hangs up at 70 yards and you’re calling, but the wind’s crappy, don’t give up. Re-evaluate and reposition. Pack up and come from a different angle where you can have a tactical advantage — a position where he can come to you easier. 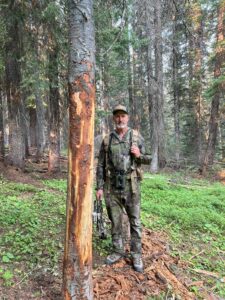 The situation: You’re a week into season. The woods are quiet — almost silent — and the human pressure is high. What’s your move?

Ayer – The area we hunt is highly pressured, so I’m not opposed to putting on 40 miles, 50 miles, even 60 miles to find a new area. We don’t do a big base camp; rather, we’re mobile. I used to have a van that I made into a hunt-mobile and slept in the back. I’d bunk in a drainage basin, and if the elk weren’t there, I’d move to another. And another. And another.

I cover a lot of ground and look for those places where the people aren’t. I do a lot of e-scouting before the season and look for places with easy access. I find that 95 percent of hunters will take the easy route, so I’m looking for areas where there are elk already, or where the elk are going to get pushed. This year, we have probably 35 to 40 spots where we know elk hang out. I’ll hit ’em and see if they’re there. If they’re not, I’ll go to the next one and the next one and the next one. I’m putting a lot of miles on my rig AND on my boots.

The situation: I have an elk decoy — the hind-end of a cow — and I’d like to use it, but I’m brand new to elk and decoys. Should I? Shouldn’t I?

McCarthy – First of all, if you’re going to use a decoy, make sure you’re in a safe environment and a safe situation where you’re not going to get shot. I’ve almost had that happen. As for hunting with elk decoys and hanging a cow elk butt up in a tree … yeah, they can work — especially in open country — but I’m not going to set up a cow elk decoy and sit over it. I’m always moving. Fluid. With a decoy, there’s more of a chance of screwing something up. Fumbling around. Dropping something. Making noise. Elk hunting is fluid hunting, and if you’re messing with a decoy, it’s one extra ‘thing’ that isn’t necessarily going to help you. 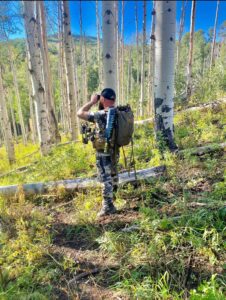 The situation: It’s cool before daylight, but by mid-morning the mercury has climbed into the mid-90s. What’s the move when temperatures are getting that hot, that quick?

Ayer – [Laughs] That’s been the last two years of our elk season. I’ve heard elk spend more time trying to stay cool than they do trying to stay warm in the winter. I don’t know if that’s true, but … These animals now are trying to stay as cool as possible. They’re going to be near water. I’m looking for those nice cool, dark, northern-facing areas. Last year, we were glassing instead of hiking first thing in the morning — getting to vantage points in order to see where those elk were going. That helped us.