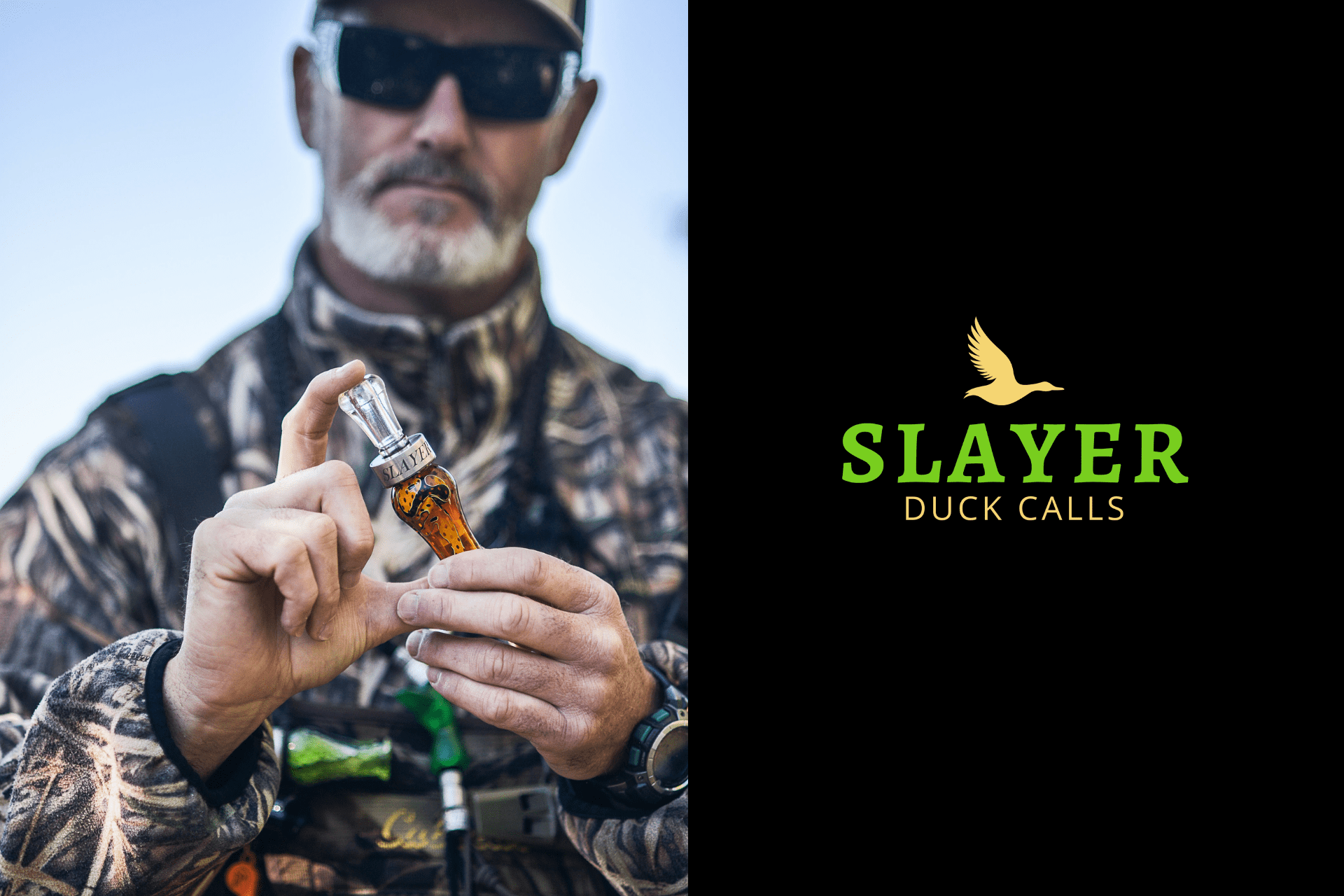 Slayer Duck Calls receives first round of investment from the co-founders of TSheets, fueling the outdoors startup’s obsession with producing the highest quality hunting calls and a premium community-based web experience.

Matt Rissell’s and Brandon Zehm’s Slayer investment is a reunion for some of the top brass from TSheets. In 2015, Slayer Duck Calls founder and CEO Bill Ayer joined the TSheets team as a senior vice president. Rissell and Zehm now join Ayer’s outdoors venture as members of the Slayer board.

Angel investors Rissell and Zehm have a magic touch with startups in Eagle, Idaho. The pair founded TSheets in 2006. By 2018, Silicon Valley giant Intuit acquired TSheets — now known as QuickBooks Time — for $340 million.

Slayer Duck Calls is founded on family heritage, unrivaled quality craftsmanship and an uncontrollable obsession with hunting. With the infusion of capital, Slayer is delivering on its promise of quality, from game calls to web experiences.

Our website is now structured to be more than just a platform to sell duck calls,” Ayer says. “It’s a place to learn to be a better hunter, join a new sport, learn new ways to take the game from field to plate, be part of a journey in the outdoors and buy quality products that will help hunters be more successful!”

Waterfowlers and hunters across the United States have joined the Slayer Duck Calls community after engaging with the Slayer team at road shows, purchasing calls directly from the website or sharing their expertise as members of Slayer’s PRO Staff.

The round of investment has also opened the door to expanding the lineup of hunting calls. Slayer currently empowers the hunting community to slay more ducks and geese, and big game calls are on the horizon.

About Slayer Duck Calls: Slayer Duck Calls was founded by CEO Bill Ayer in 2018 in Eagle, Idaho. The Slayer team are outdoor enthusiasts obsessed with providing unmatched customer service, handcrafting the best hunting calls backed by a lifetime guarantee, and giving back to conservation efforts by donating 10% of every purchase.