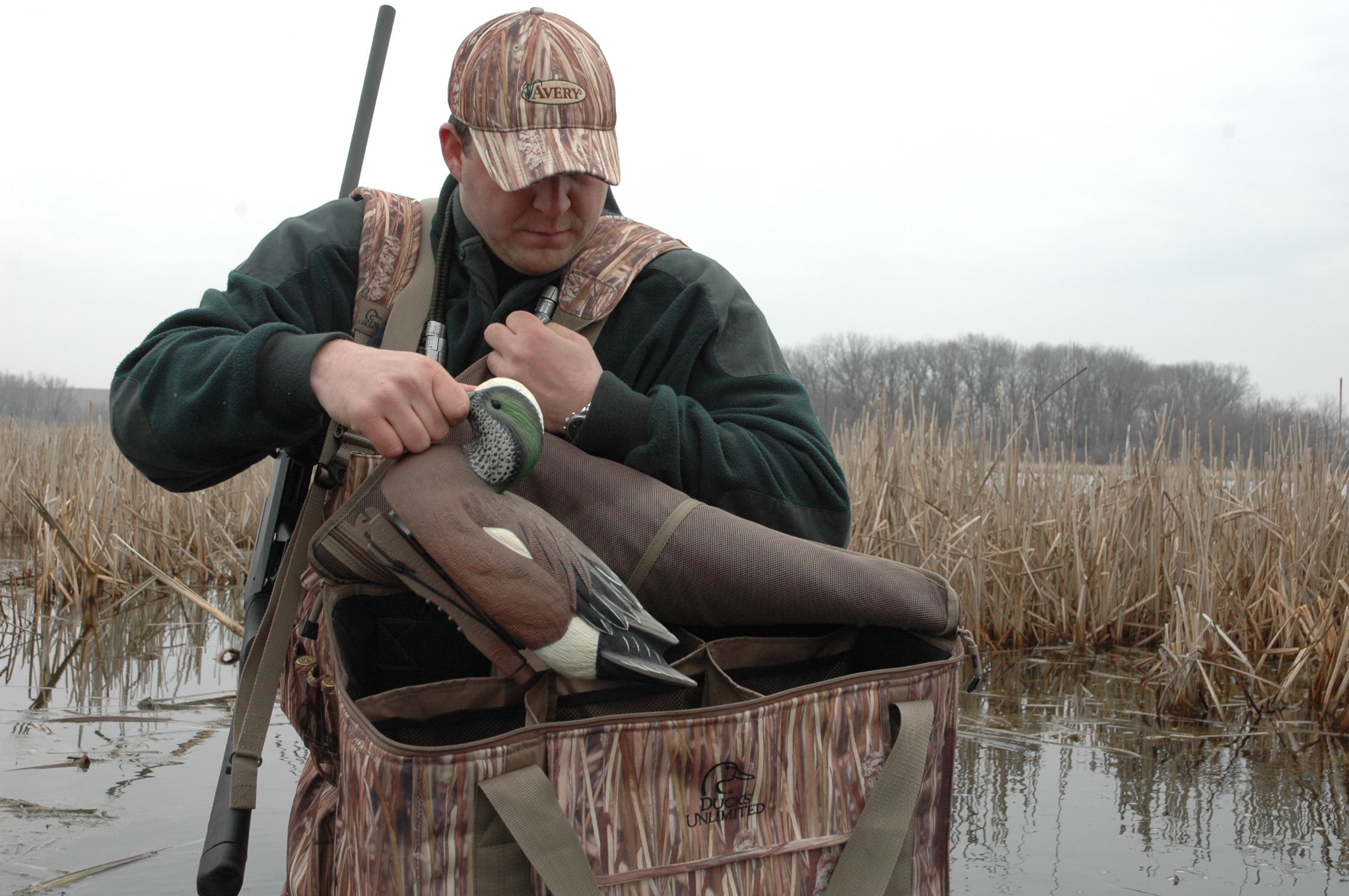 Every now and again, I’ll go into the shop, walk upstairs, and just look around. Not so much in admiration, but in more of a “Where in the hell did all this duck hunting stuff come from?” sort of way.

It’s understandable; the pile of stuff, I reckon. I mean, it’s been a work in progress since 1974 — the year I, according to my father, became a duck hunter. That’s almost half a century of accumulation.

And it shows. Wow, does it show! Decoys. Clothes. More decoys. Calls. Blinds. More clothes. Waders. Shotguns. Ammunition. I’m not bragging; really, I’m not. But a look around upstairs makes me think: Just what does a fledgling duck hunter really need? I mean r-e-a-l-l-y need in order to be successful? Let’s take a look …

First rattle out of the box — you’re going to need your paperwork. That includes your licenses and stamps. A federal migratory bird stamp is mandatory nationwide, then it becomes a matter of state-by-state requirements.

Here in Washington, for example, I’m required to possess and present to a wildlife officer (if requested) my federal duck stamp, small game license and my Washington migratory bird permit. Check and double-check to make certain you have what you need.

Obvious, perhaps, but you’re going to need somewhere to hunt — somewhere to go. You can have all the gear in the world, but if you don’t have a place to throw your decoys, well … you just have a whole lot of stuff.

Most state game agency websites include pages specific to the topic of where to hunt (e.g., lists of wildlife management areas, refuges and other public ’fowling options). Onxmaps.com is another great source of where-to-hunt information. Note: The majority of your homework as a new duck hunter will be here, in the realm of where to go. 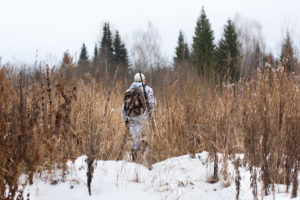 A duck hunter without a shotgun and ammunition is just another overly caffeinated individual who got up WAY too early! It doesn’t have to be a fancy or expensive shotgun; that old Model 870 pump, if she’s reliable, will work just fine.

Choke? That modified tube, to me, is all you’ll need. Aftermarket choke tubes, exotic shotshells and $1,500 autoloaders can come later. 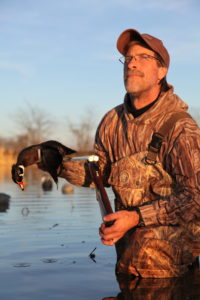 Do you need waders? Maybe not, but after getting wet — and let’s not forget about cold — a time or two, you’re going to enjoy a good set of waders.

What about hip boots? Hip boots/hip waders have their place, but not in the duck marsh (the trouble being the traditional 36 inches of boot and 39 inches of water). Chest waders are an excellent investment, as they can be worn not only for ’fowling, but for fishing, clamming or — heaven forbid — repairing your septic system.

I’m guessing you already have clothing; however, just in case you don’t, my list includes good warm socks, base layers of old-school quilted thermal or polypropylene, and a woolen top layer, as wool, even wet, will keep you warm. The key with clothing is to layer. Wear enough so as to stay comfortable, but not so much that you look like Randy, the kid brother in “A Christmas Story.”

Seriously, though, a dozen good mallard decoys (e.g., those made by Dive Bomb or Greenhead Gear), fitted with Rig’Em Right Texas-style anchors, will definitely work for season one. Oh! And a decoy bag — something in a backpack style, like Rig’Em Right’s Recon Decoy Bag. 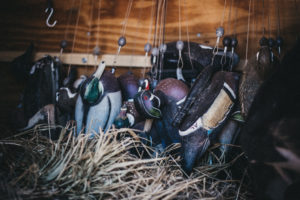 A necessity? Probably not. But I’m going to throw this one on the list, as a lightweight portable blind sure can come in handy throughout the season.

Commercially produced, packable blinds from companies like Ameristep and Thunder Bay are available; however, I made my own on the cheap using four 1-inch-by-1-inch-by-5-foot tomato stakes and a piece of green/tan reversible anti-aircraft (AA) netting, enhanced with swatches of multi-colored raffia grass — all bound together in a roll with a length of binder (hay bale) twine. It’s light, easy to carry and works incredibly well in a variety of situations.

There’s no getting around the fact that even as a newbie, you’re going to have some stuff. And this is where a blind bag comes in awfully handy.

My go-to is the Lock & Load Blind Bag from Rig’Em Right. It’s not the biggest bag on the market, but if I have any more room (say, in a bigger bag), I fill it — only to find the bag now weighs 11 metric tons. No, this one’s plenty big enough to carry items like shotgun shells, calls, gloves, a folding saw for cutting stubble, camouflage face paint, a small First Aid kit and snacks.

9. Call/calls and a good lanyard

Calling ducks effectively is a learning process, with a portion of that education being done at home via tutors such as YouTube. Still, it doesn’t hurt at all to take that call into the field and practice, especially if you have a field veteran and accomplished caller to guide you along.

That said, I’ll always have at least three calls with me, all hung on a well-worn lanyard, courtesy of Coyote Company Leather. Which calls are those? A single-reed mallard, a double-reed mallard, and a 6-in-1 whistle for speaking to pintails, widgeon, wood ducks and green-wing teal. 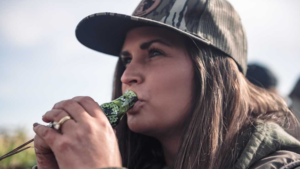 – Why these waterfowlers love the cutdown call for duck hunting
– Beyond the quack: Learn the different duck sounds of common species
– Top 5 duck and goose decoy spreads you have to try